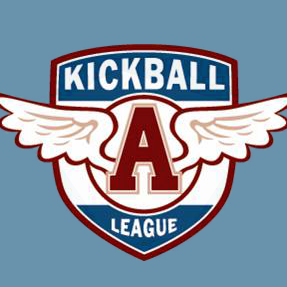 Teams will play 1 game per week on either Tuesday, Wednesday or Thursday (Choose your preferred day). Teams must be prepared to play at 6pm or 6:45 pm each week (maybe 7:30 pm games depending on the number of teams playing in that Division.

League play will begin the week of May 18th, 2021 and will consist of 7 regular season games along with a post season single elimination tournament for qualifying teams. One week is allowed for make-up games.

The Co-Rec Kickball League is open to teams of men and women eighteen years and older. Rosters may hold up to 24 players. A maximum of 10 players can be on the field with a minimum of eight (8) players.
Teams must field a minimum of four (4) players of each sex.

The season we will not be providing shirts. Teams will need to have their own shirts and choose a color for their team. We will simply ask that everyone wear the same color shirt when playing.