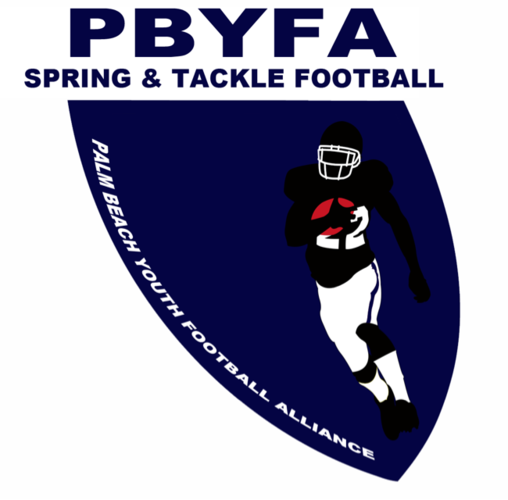 This Spring football league will take place from Feb through May. Practice will start January 12th 2019. The regular season is made up of 5 games for each team. These games are all played on a Saturday over a period of 5 weeks. (All teams go to the 1st round of the playoffs, so teams a guaranteed a 6 game season) Teams could have bye weeks, double headers etc. During the regular season you will play teams from your local region as well as teams from outside your region. All teams are required to travel outside of their region for ONE week of the season, and during that week you will play a double header. This is done deliberately to allow teams to have a fun trip away and play teams from outside their normal area. All players participating in the tournament will receive a participation trophy. Team District/Regional/Conference/State Championship teams and the runner ups will also receive team trophies.
Cost: $300
Expenses include: game jersey (players keep), equipment rental, uniforms, apparel, team photo, game film, liability insurance & practice field permit fees. (Payment plans are available).

*Please understand This spring league is VERY competitive & does NOT have any minimum play rules. The numbers of plays that a given player receives is entirely up to the coach of the given team. The head coach has the authority to limit game playing time of any player on their team who continually misses practices without a valid excuse, or who may have caused disciplinary problems during a prior practice or a particular game. EVERY PLAYER will play long as they come to practice and give 100% effort.