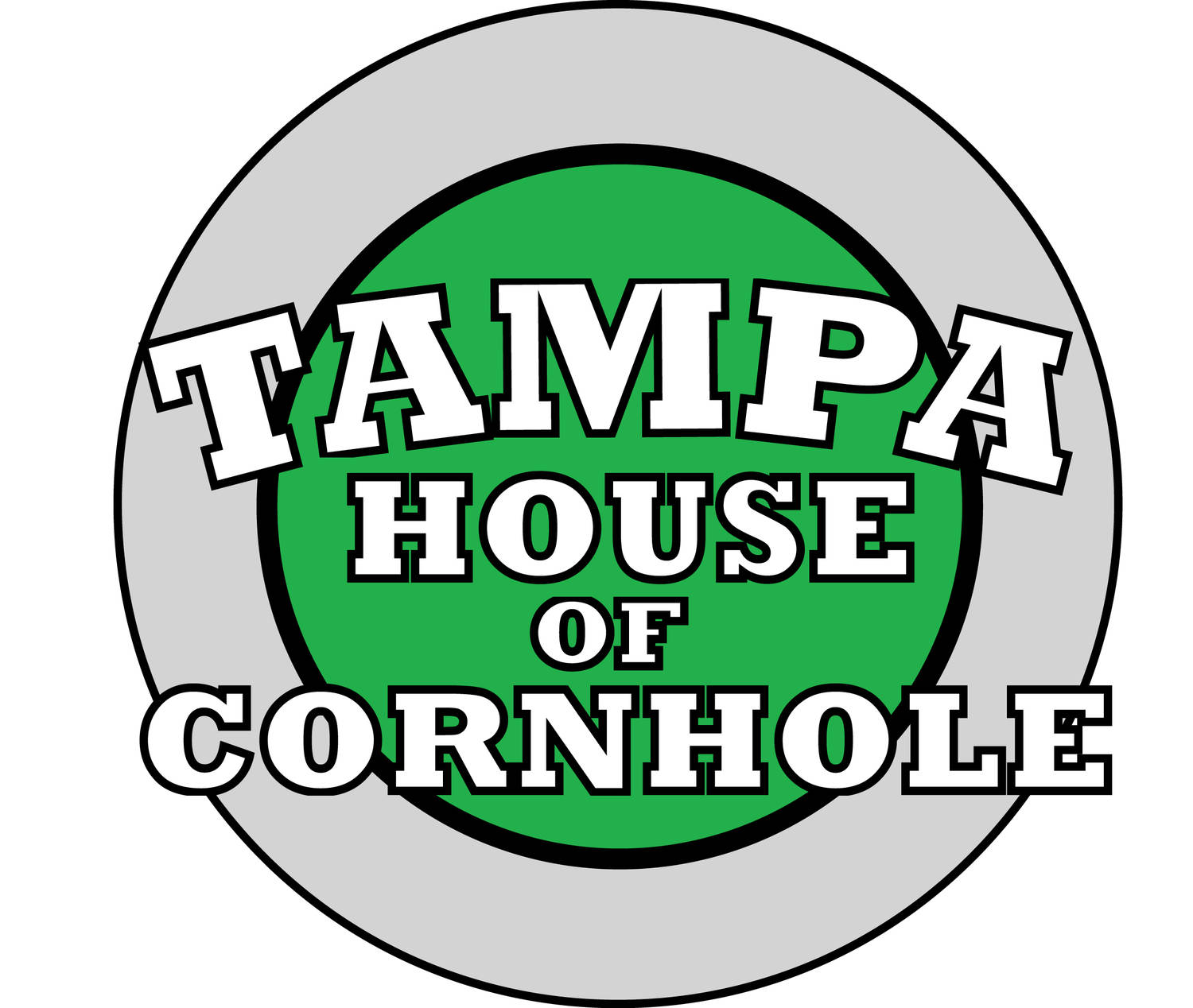 DOUBLES CORNHOLE MATCHES
Two teams, consisting of two players, compete against one another until a winning team is determined.
• Each team will stay in their designated lane for the whole game.
• Players at the headboard will alternate pitching bags until each player has pitched all four of his/her bags.
• Players at the footboard will take score and resume pitching back to the other board.
• The top of an inning is completed when both players pitching from the headboard pitch all four bags; the bottom of the inning is completed when the remaining players pitching from the footboard pitch all four bags.
SCORING
The approved method of scoring for the sport of Cornhole is “cancellation” scoring. In cancellation scoring, the points of one player cancel out the points of their opponent. Using this method, only one player/team can score in each inning.
• Bag In-The-Count (Woody) : Any bag which comes to rest anywhere on top of the board. Each is worth one (1) point.
• Bag In-The-Hole (Cornhole) : Any bag which is thrown through the hole or knocked through the hole by another bag. Each is worth three (3) points.
• Foul Bags – Refers to any bag that has not been determined as Bag In-The-Count or Bag In-The Hole or was designated a foul bag as the result of rules violation
PLAYER PITCHING ROTATION
The player or team who scored in the preceding inning has honor pitching first in the next inning. If neither player or team scores, the player or team who pitched first in the preceding frame shall retain first pitch in the next frame.
POSITION OF PLAYERS DURING PITCHING
• The pitcher must be within the pitcher’s box or behind the foul line at the time of release.
• A player must pitch all four bags from their designated pitcher’s box.
• Players must pitch the bag with an under-hand release.
FOUL BAG RULE VIOLATIONS
The following are rule violations that must be spotted and called by a player or assigned judge. The penalty is to declare the bag a foul bag, which requires the bags to be removed from the court prior to resuming play.
a. Any bag pitched when the player has made contact with or crossed over the foul line
b. Any bag pitched when the player has started or stepped completely outside the pitcher’s box before the bag is released
c. Any bag not delivered within the 20-second time limit
d. A bag pitched from a different pitcher’s box than the first bag
e. Any bag that contacted the court or the ground before coming to rest on the board
f. Any bag that struck a previously defined object such as a tree limb, wire, indoors court ceiling, etc.
g. Any bag removed from the board before scoring has been agreed upon for that bag

i. The offending team (who touches the bags) forfeits all remaining bags and tallies the score of just the bags thrown before the foul was reported
ii. The non-offending team tallies twelve (12) points as if they had thrown four Bag In-The-Holes (Cornholes) during the inning
h. A bag that leaves a player’s hand once the final forward swing of the delivery process has started shall count as a pitched bag
i. A bag that is accidentally dropped by a player before the final forward swing has started shall not be considered foul and may be picked up and pitched. Protests – If a player desires to make a protest, the protest shall be made to the judge or official at the time the problem occurs. The judge shall make the final ruling on all protests.
DETERMINING WINNERS - TRADITIONAL 21
The game shall be played to the predetermined number of twenty-one points. The first player/team to reach (or exceed) that amount at the conclusion of an inning is the winner.

More from Tampa House of Cornhole