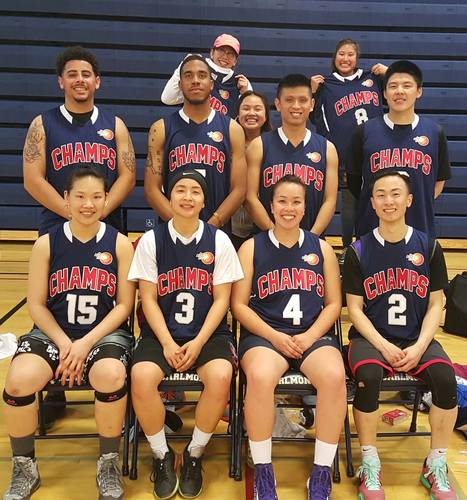 Over 16 basketball league in Belmont, CA 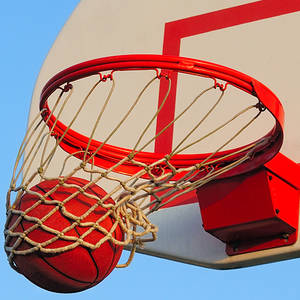 A. BE ON TIME: Try to have your team 10mins early before your game. You may start the game with 4 players. Any team forfeit will be an automatic loss and $50 fine.

B. LEAGUE FEE & ROSTERS: League fee will be $700 per team. Each team must submit their league fee, or a deposit one week before the league starts to ensure a spot and avoid team drop outs. Rosters can be emailed to adultbasketballevents@hotmail.com or will be filled out on the first day of the league. Games will be played in the Peninsula area, south side of San Francisco.

C. RUBBISH: Please throw away your rubbish after the game.

D. TIMEOUTS: (3) 30sec timeouts for the game. Timeouts carry over in OT. One time is given in Overtime.

E. 20MIN HALVES: Each team will have a 3 minute warm up before each game. Half time will be 2 minutes. If we are running behind schedule we will have to shorten teams’ warm-ups

F. CLOCK RULES: The clock will stop for every timeout, delay, and last 2min of the second halves unless one team is up by 15pts then the clock will keep going.

G. JERSEYS: Please try to have same color jerseys with a number. If there are 2 players or more with the same number or no number, it’s an automatic tech, and 2 points to the other team per player.

H. PLAYERS: Each player is required to play 2 games or more. Any players who don’t meet this requirement will not be allowed to play in the playoffs. Also, no player is allowed to play on 2 teams. If you’re short of players because your teammates didn’t show, this will result in a forfeit and automatic loss along with a $50 fine. A second forfeit may result in a team being dropped from the league. If a player is injured and can’t shoot a free-throw, the opponent gets to choose any player to shoot. A Max player for guys on the court is 3. You may have up to 5 women on the court.

I. OVERTIME: Overtime will be 2min starting with a jump ball. Sudden death if still tied at the end of two minutes.

J. SPORTSMANSHIP: If a player gets 2 technical fouls, player will be suspended for one game and fined $25. Player may not return until fine is paid. Please be a good sport and show some respect to each team. We are all out here to have fun, be around friends, and to get away from all the stress. At the end of the day, we want everyone to have fun because after all, it’s just a game!