Intermediate Volleyball Programs Manager/Captain Indemnification Agreement: Manager/Captain shall indemnify and hold harmless Intermediate Volleyball Programs/Chipper’s hereafter referred to as IVP) from and against all claims, liabilities, causes of action or other legal proceedings stemming from claims of negligence against IVP or any other claim in tort or contract, by any Manager or third party whom Manager allows to participates in IVP activities, for damage to property, injury or death of any person or persons in any way arising out of, connected to, or resulting from Manager allowing that third party or team member to participate in IVP activities, in a confined space which might include running into equipment, furniture, or other players, as well as, being hit by volleyballs while at Chipper’s, without first signing a IVP Waiver and Release form (such form shall be made immediately available upon request from IVP Manager). Indemnification shall include the obligation to defend any and all actions, claims, or other legal proceedings and to reimburse IVP for all expenses, including costs and attorney's fees incurred in connection therewith, regardless of whether such claims arose out of negligence of IVP, its directors, agents, employees, servants, or assigns. YOU ARE NOT ALLOWED TO BRING IN YOUR OWN FOOD OR DRINK INTO THIS ESTABLISHMENT. THOSE WHO DO CAN BE BANNED FROM VOLLEYBALL PLAY. YOU MUST BE 21 TO PARTICIPATE. ANY UNSPORTSMANLIKE CONDUCT WILL RESULT IN REMOVAL OF YOURSELF AS WELL AS THE TEAM FROM LEAGUE. NO REFUNDS UNDER ANY CIRCUMSTANCES WILL BE ISSUED AFTER PAYMENT IS MADE. I HAVE READ THIS WAIVER AND RELEASE COMPLETELY AND UNDERSTAND ITS CONTENTS FULLY. I AM SIGNING THIS WAIVER AND RELEASE VOLUNTARILY. FURTHERMORE, I READ THE IVP RULES AS POSTED IN THE LOBBY AND AGREE TO THEM AND AGREE TO INFORM MY TEAMMATES OF SAID RULES. 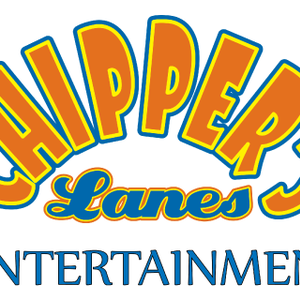