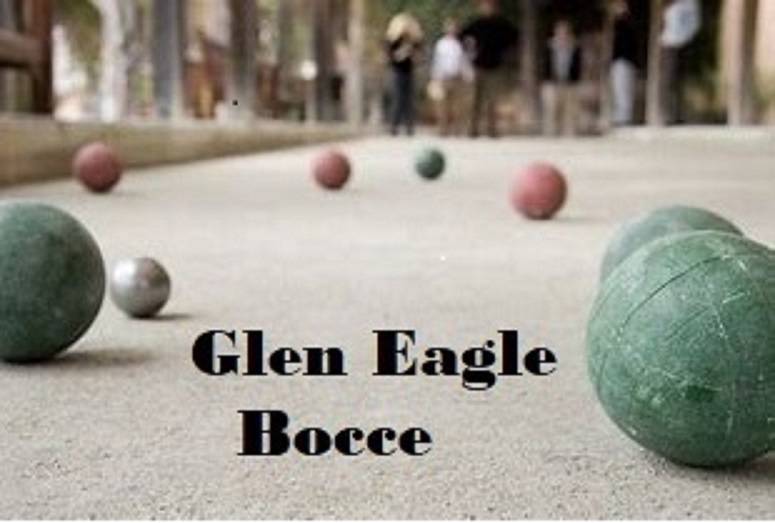 Bocce teams consist of 6 club members per team, one of the team members must be designated as captain.

There will be 12 teams per division that will be filled on a first-come, first-serve basis. The following 7 divisions have been established. Cost to play is $10 per division playing in and will be billed to each player's Glen Eagle account.

The season begins the third week of January for 10 weeks into March. Winners and prizes will be distributed by the best overall record in each division.

Following the regular season, and inter-division tournament will be held beginning April 1 for those teams remaining in town until the end of April.

Play rules will be determined by the bocce commitee and approved by the Glen Eagle Sports Committee prior to the beginning of the regular season.

Captains of teams need to select the league they are registering their team for from the options below. Captains should fill in their names first and them their other 5 players second.